The announcement of the merger of Rediffusion London and ABC Weekend Television was only the beginning of a hard slog to get the company up and running in just a year.

There were an enormous number of variables to consider, amongst them being:

The two companies still had a job to do until July 1968 and still had to make programmes, sell adverts and make a profit for the parent companies in that time.

Therefore the staff, whilst facing redeployment (everyone was, at least, guaranteed a job somewhere in ITV, somewhere in the UK) had to be kept happy and in full creative flow.

The original companies had had the chance to produce some “in the can” productions before coming on air in the mid-1950s, but with most of television being live they weren’t much needed.

By 1967, most of television was on video and film. The audience, once so enamoured of live productions, now cared less for them and wanted more polish to their programming. A “year zero” when the new contracts began, using bought in, repeated or just live material wasn’t possible. New production needed to be ready for day one.

The new company would have studios in Didsbury, Aston, Teddington, Wembley and Kingsway.

Didsbury would have to close and the staff redeployed elsewhere in ITV; Aston would go to ATV; Teddington was too great a prize to give up; Wembley was a direct competitor for Teddington but closing it would mean redeployment of the staff; Television House in Kingsway was a wonderful fancy London headquarters but inconveniently sited and expensive to lease from BET.

These would need to be rationalised, but with one eye on the coming of colour.

Despite being subsidiaries rather than independent corporations, both ABC and Rediffusion London had diversified.

They had also developed nice lines in foreign sales, which brought in foreign currency, always in short supply and much wanted by business and government alike.

A straight merger of Associated British Cinemas (Television) Limited and Rediffusion Television Limited was therefore out of the question: ABPC wouldn’t give half of its Avengers dollars to BET.

The two parent companies, the Associated British Picture Corporation and British Electric Traction (who also controlled Broadcast Relay Services, the other shareholder in Rediffusion London) wouldn’t consider a merger either. They had nothing in common and no reason to do so just because their two most profitable subsidiaries were considering it.

Therefore, a new company would have to be formed, co-owned by the original companies or their parents, and the existing television subsidiaries would need to carry on their separate existences to manage the non-merged parts.

ABC and Rediffusion were the only two of the “Big 4” not in competition with each other. They were separated both regionally and chronologically and had never had that much to do with each other.

But both had news and features departments, drama and comedy directors, sport and OB controllers. Only Rediffusion had a Schools Department, but then many of Rediffusion’s department heads had fled to the new London weekends consortium.

Luckily, that very same consortium was in the market to pick up department heads anyway, making redeployment easier; nevertheless, the new company would not have double the staff of the old – people would need to be asked to leave.

The coming of colour, much promised but now actually on the horizon and written into the new contracts, meant that existing studio equipment would be rendered defunct.

Camera operators and vision mixers would have to retrain in the new higher-definition line standard; engineers would need to learn how to correct a whole new set of faults.

This meant a lot of investment back stage would be required, and also meant that the studio rationalisation would need to be carefully thought through in case money was wasted.

Of all the things to worry about, the station’s name and identity would be the lowest of problems – until the station went on air.

Once launched, a botched identity would alienate viewers and advertisers. Viewers would feel less loyal; advertisers would get confused.

Therefore, the question needed careful consideration at board level. And, with the new board uncomfortably split between Rediffusion and ABC members busy dealing with the arguments and problems of the merger/new company plans, the board was the one place where rows and entrenched views would come out into the open over something so trivially important (or importantly trivial) and lead to an unworkable compromise.

Some of these questions would be solved quickly. Some would need the Authority to step in and demand a decision. Some would devolve on the shoulders of Howard Thomas, the new MD. And some would be being fought over long after the new company had gone on air. 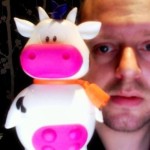